skip to main | skip to sidebar

The candidates running for City Council have been quiet lately. Likely they’ve been sharpening their rhetorical blades for the political pit fight coming up this Tuesday, July 24.

Ok, so there will likely be little bloodshed, metaphorical or otherwise. I’d guess it’ll be a fairly tame affair, especially with the Chamber of Commerce’s director hitting the would-be politicians with nerfish salvos. (However, you can expect the Chamber to drill the candidates on the Ericksen-Hildebrand road connection issue).

Turnout to this debate anyhow. It could be your only chance to see the candidates before the primary. Ballots are poised now for mass mailing.

The first bout is for the central ward, where Bill Knobloch hopes to defend his place on the council. He’s facing the wily John Waldo, ‘lil Lauren Ellis and jack-of-all-whosiswhats CarolAnn Barrows.

The rest, including north warders Matt Van Winkle and Hilary Franz will sit this one out since their big face-off isn’t until the general election in November.

Meanwhile, Barry Peters, who is running unopposed for the all-island position, is getting his posterior measured for a custom tailored council seat.

The show starts at 7 at the Senior Center on Bjune Street near Waterfront Park.
Posted by The Bainbridge Bulletin at Friday, July 20, 2007 259 comments:

While many left-leaning islanders flirt with the many eligible suiters asking for the Democratic party nomination, at least one prominant Bainbridger already knows who he wants as his president.

Jay Inslee, our man in D.C., has slipped on the ring of Hillary Clinton this week. He'll not only back her in 2008, but also get a cushy job as part of the bargain.

Seattle P-I Columnist Joel Connelly writes in his blog that Jay wants a "battle tested" president who can lead a "clean energy revolution."

It might appear Al Gore, the Democrat's 'big tease' when it comes to the '08 race, would be a more compatible fit with Jay. Wouldn't they be cute together? Mr. Apollo Energy uniting with Mr. Inconvenient Truth? Well, if Jay's going to snub Al, Bremerton's Congressman Norm Dicks doesn't mind taking his place. Even though he's not yet officially running, Norm has endorsed his old buddy Al. They go way back, apparently, from their days as rowdy freshmen in Congress.

Jay says Hillary "understands that tectonic plates need to shift in the American economy, and that we have an opportunity to both grow the economy and develop technologies to deal with global warming."

And, according to Connelly, Jay will be repaying "a major political favor."

Hillary came to Seattle in 1998 to help Jay with his campaign against Republican Rick White. She spoke to a rally for Jay, the underdog in the race, and again to a big-money fundraiser event held in Dale Chilhuly's glass studio (you know the place: where his army of underlings do the work and ol One Eye signs it). The money helped Jay trounce White and put in place a strong defender of Hillary's hubby when he had impeachment problems. 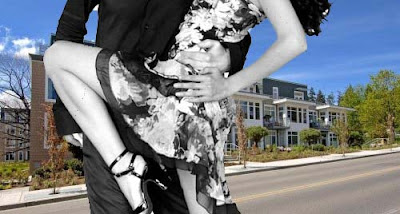 In an effort to soften its image, the most hated condo conglomeration on the Island is offering free salsa lessons.

Harbor Square's businesses (Dszign, the Harbor Square Wine Shop, and Island Health Foods) will, this Saturday, June 23, post a Latin dance expert in the concrete park known as "The Park at Harbor Square" to enduce hip shaking and sultry sashaying among the Island masses.

Square dancing, I think, would have been more fitting. In my crystal ball I see Sea Shanties at the Sea Breeze development on South Madison and grape squashing jigs at the Vineyard Lane compound.

Ole.
Posted by The Bainbridge Bulletin at Thursday, June 21, 2007 5 comments: 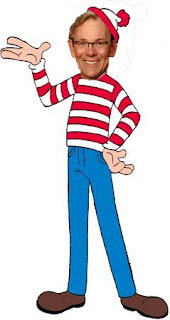 Waldo did a disservice to the community in switching races at the last minute. No council race should be run unopposed.

Portraying him, as a nice guy, “listening to the community," and comparing himself to Barry Peters, are media spin. My take is that Waldo saw out the gate himself loosing to Peters.

Why did Waldo not announce his change of heart on Monday? Why did he wait until the last moment possible to file and switch races?

Everyone thought the Peters / Waldo race would provide a lively discussion of the community issues, as these are two candidates with very different approaches and
perspectives. In waiting to the last minute, Waldo gave no one else the time or the opportunity to consider running against Peters.

Were his supporters given notice of this sudden move?

Were they given the option to get their endorsement money back when it became a different race?

Is this how Waldo is going to perform if elected? If things aren't going in his favor - he'll jump ship?

Waldo paints himself as listening and responding to the community (his reason for not running against Peters).

On the Ericksen Avenue/Hildebrand Lane connection issue, he's stated that the council just needs to make a yes-or-no decision. How many times does the council need to say no? Since 1989, the community has said no.

Who's not listening? Who's not responding?

Waldo should also be straight up and let everyone know that he has been legal council for a few Hildebrand property owners. He has been paid to lobby the council and advocate for the connection of Hildebrand and Ericksen.

If elected, and should this issue come to a council vote, would he uphold the promise made by the city to the community or would he advocate for his clients?

After a few recent Council elections in which the island only managed to field a handful of old codgers, change seems to have finally come.

Not only do we have some real, honest-to-goodness contests, but the range and breadth is something to celebrate. Rather than the usual "old white guys", we have working stiffs, civic-minded mommies, young folks and even (Gasp!) a candidate that's not a WASPy whitey.

Here's the rundown of the races:

Quite a line up. Odds are on Franz, Knobloch and Brackett.
Franz because she has a quite a resume (land use attorney, activist, environmentalist). Knobby because he's known and works hard (too hard?) to please his constituents. AndBrackett because she probably better represents the island (middle-aged and left-leaning). Winston and Dashiell are a bit conservative and Dashiell is actually running on an anti-affordable housing platform (go figure).

Of course, Barry Peters gets a free ticket to the council. That rankles me a bit. Being elected to office means you run. You get out there and earn votes. Peters merely has to scratch his ass and pick his nose, and he gets a council seat. But it wasn't always that way. Remember last week? Before John Waldo freaked out and jumped into the packed race in the Central ward? I think that Waldo's move was a disservice to local democracy. No, really. He staked his claim, so others staked theirs. No one else eyed the All-island race thinking it was well-full of top-tier politicos. So they crowded into the ward races.

Meanwhile, candidates shake hands and agree not to raise funds. Instead, they agree to attend meetings and do door-bellings and talk with voters. But in the All-Island race, Barry and Waldo stockpiled money, thousands in fact. So then Waldo switches to the Central race at the last minute Friday and brings with him a ton more money than the rest of the candidates.

Don't know why Waldo had cold feet at the end, but his move smells of politics rather than public service. They guy wants to win, even if he tangles up other races and allows one guy to coast in unopposed.

But, in general, I think we'll see some "spirited debate," as they say. And we'll actually have to spend some quality time when we sit down with our ballot this time around.
Posted by The Bainbridge Bulletin at Wednesday, June 13, 2007 2 comments:

Holster your pistol, cowboy, and recycle that varmint!

Read in the cops blotter that a Bainbridge man had shot his TV....twice. First with an antique pistol. Then (perhaps really wanting to get his message across) with a shotgun. When he was finished, he neatly placed the bullet-riddled boob tube back in the closet whence it came.

I had to laugh then when I heard about a noble effort here on the island to recycle old TVs. This weekend, high schoolers and realtors are teaming up to dispatch aged electronics to their proper place: the recycle bin. After all, the TV set and its cousin the computer monitor are rife with untold toxins: lead, mercury and other compounds I can't pronouce or remember. Point is: they are bad. So, load 'em up and take the old IBMs and Zeniths down to Ace Hardware's parking lot this Saturday (May 26) from 9 AM to 1 PM.

If only that poor gun-toting bloke had known about this event. Coulda saved those slugs for the apocalype or somesuch other nonsense.

Check out this site for more info and prices for each item. This links to Bainbridge Neighbors, a new site devoted to community news and events. Glad to see another group stepping up after the Bainbridge Buzz went under.
Posted by The Bainbridge Bulletin at Wednesday, May 23, 2007 2 comments:

Received an email today that the Bainbridge Buzz will buzz no more.

Apparently the cost of running an online newspaper and community forum is just too high.

Too bad. It was nice living in a three newspaper town. What falls through the cracks of the Review would surely be picked up by the Islander or Buzz.

And all three papers served their individual purposes. The Review casts the biggest net, catching bulk of island news. The Islander did well, serving as another take on the big events and local shenanigans. The Buzz provided a forum, at which you could read up on what all the crankies with keyboards have to say about the island's happenings.

No single publication did it all. That's why our ability to inform ourselves takes a hit tomorrow when the Buzz buzzes no more.
Posted by The Bainbridge Bulletin at Thursday, April 26, 2007 40 comments:

Should the City Council Pledge Alliegence to the flag?

Where's the best place to get coffee on Bainbridge?

Central Ward: Who would you voting for?

South Ward: Who would you vote for?